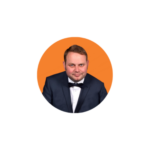 Scott Godard began his working life as an Administration apprentice, learning his trade and mastering the skills he possesses today.

Scott developed a wealth of experience in working with a number of multi-national training providers over the past 20 years, with the responsibility of managing and financially assuring several multi-million-pound contracts. Scott now leads senior teams and external partnerships across Eden in IT Systems, Management Information, Administration, and Finance.

Scott, Eden’s very own ‘International Man of Mystery‘ has a sharp brain and a keen mind, often finding ways in which to de-complicate and simplify complex projects and solutions. As an innovator, Scott is able to apply logical and thought-provoking ideas to the executive team at Eden.

Funnily enough, Scott has often been described as the ‘quiet genius’, however, once you get to know him, you quickly realise that he’s actually not that quiet; he’d rather just not waste his time on unimportant or meaningless chatter. If there’s a man who gives it to you straight, then it’s Scott.

Scott is a focused, driven, and loyal member of both the board and executive teams here at Eden.

Scott is a proud father of two and in his spare time, when not jet-setting off with his family, Scott can be found in Lancashire watching his beloved Bolton Wanderers football team. Scott annually attends The Cheltenham Festival, especially on Gold Cup Day.

“Failure is success if you learn from it.”